The Benedictine monastery in Engelberg lies in a valley at the foot of the Titlis. Founded in 1120 by Count Konrad von Sellenbüren of Zurich, it was home to monks from Muri under the leadership of Abbot Adelhelm. Monastic life there was revitalised midway through the 12th century by monks from St. Blasien, a reformed monastery in the Black Forest. Abbot Frowin (1147-78) founded a scriptural school that blossomed under his tutelage and that of his successors Berchtold (1178-97) and Heinrich (1197-1223). No later than the time of Frowin, the monastery acquired a sister convent. The nuns left Engelberg for the convent of St. Andreas, Sarnen, in 1615. In 1604 Engelberg Monastery was absorbed into the Swiss Benedictine Congregation.

Since its founding, the monastery has played a central role in the life of the valley. It had supreme and absolute authority over a large territory in matters both temporal and spiritual until the time of the French Revolution. These rights were taken away in 1798, the year the people of the valley gained political independence. As the years went by the monastery was beset by inner conflicts, exterior threats, conflagrations and outbreaks of plague, despite which monastic life there managed to continue without a break through the centuries.

At the very centre of the village of Engelberg lies the Wappenhaus, a farmhouse erected in 1786/87 and now home to Engelberg Museum. The body responsible for the museum is the Stiftung Josef Amstutz-Langenstein, a foundation under the patronage of the municipality of Engelberg.

Inside the Wappenhaus are rooms of historical interest showing what life was like for the inhabitants of the valley towards the end of the 18th century. Little home shrines and devotional images show the extent to which Catholicism permeated the local culture. The simple kitchen utensils, foliage-filled bedding and hobnailed clogs, meanwhile, attest to the hardworking and humble lives that people led in those days.

Alongside its historical living quarters, Engelberg Museum also has a modern annexe in which it puts on temporary exhibitions. Its two or three exhibitions a year display works of a contemporary artistic nature and examine themes of historical, folkloristic and current interest – some incorporating photographs.

Here in Switzerland's only monastery-based show dairy, visitors can see how cheese is made by hand. The dairy features four vats in which the milk is turned into Engelberg's famous Klosterglocke cheese all day long. The cheese is manufactured non-stop thanks to the dairy's unique production method.

Cheese-making
Daily, up to ten times a day on a continuous basis between 09h30 and 16h00, admission free

The “Glasi” is Switzerland’s oldest glassworks and offers tours explaining its history.

This beautiful city at lake lucerne has everything you need for a perfect citytrip: restaurants & coffeeshops, shopping, arts & events.....

Discover all there is to know about the birds of Switzerland.

Lucerne is a city of historical significance and easy to navigate. Visitors quickly find their way around its streets and alleys.

This was built in the 14th century as part of the town fortifications.

The city's landmark attraction and Switzerland's most photographed monument.

The main concert hall of Lucerne's KKL culture and convention centre seats 1800 and ranks amongst the world's best.

There's so much to see at this, Europe's most versatile museum for transportation and communication.

Housed on the top floor of the KKL, the museum's temporary exhibitions focus on contemporary art.

This latest addition to Lucerne's museum landscape is hugely significant owing to its important collections of works by Paul Klee and Pablo Picasso.

The museum that lays bare Mother Nature's secrets in the worlds of flora and fauna.

The vibrant city of Zurich on the water's edge offers a unique blend of thrills, enjoyment, natural surroundings and culture: the finest cuisine, limitless shopping, in excess of 50 museums and 100 galleries, Switzerland's liveliest nightlife, a wealth of events and countless green oases dotted around the city.

The abbey and convent were founded in 853 by Louis the German and occupied by women from Europe's nobility. The convent enjoyed the patronage of kings, and the abbess had the right to mint and issue coins in Zurich until well into the 13th century. Following the Reformation, both abbey and convent came into the ownership of the city.

Legend has it that Charlemagne discovered the resting places of the city's patron saints, Felix and Regula, and marked the spot by erecting a place of worship. The current edifice was begun in 1100.
During the first half of the 16th century, this 'great minster' became the place whence began the Reformation in German-speaking Switzerland under Huldrych Zwingli and Heinrich Bullinger. The theological school attached to it eventually grew to become the University of Zurich.

There's always something going on here on the water's edge in summer. It's a place where inline skaters, swimmers, jewellery sellers and street artists combine to create a real urban mix.

Shopping at the Bahnhofstrasse

This world-famous shopping mecca emerged after the building of the train station and followed the ditch that used to form part of the city fortifications 150 years ago. 1400 metres in length, it links the station with Lake Zurich. Department stores, boutiques and jewellers are strung along the boulevard like a string of pearls. The closer they are to the lake, the more exclusive they become. Two streets, Rennweg and Augustinergasse, lead from the Bahnhofstrasse into the picturesque Old Town.

It has a pedestrian zone and many shops tucked away in little alleys. In the evening, Niederdorf becomes a great place to relax and enjoy life with its bars, eateries and street artists.

Once a manufacturing district, the focus here is now on art, design, eating out, dance, culture, shopping and architecture. The factories of old are long gone, though their names linger on. The premises are huge and are now used in all kinds of creative ways. Zurich West is metropolitan in feel; it celebrates the coming together of worlds that could not be more different. The infrastructure already exists, but it's the new arrivals that are now making the going. The industrial texture of the district has been preserved and blended with the elegance of the leisure society. The city of Zurich is recounting its own Westside Story!

Elephants, rhinos, penguins and twenty species of ape are just some of the animals you will encounter here amongst the exoticism of the zoo on the Zürichberg.

Admire the snow leopards in their rocky Himalayan setting, the spectacled bears as they perform their climbing feats hunting for food in their mountainous cloud forest habitat, and the giant turtles swimming in the Masoala Rainforest.

In the middle of the old town, in the so-called sweet angle, is the traditional company confectionery Schober. In the stylish ambience where time seems to stand still. Here there is time, time to enjoy. Homemade chocolates, pastries and select products to tempt you. In the original candy shop from the mid-19th Century are also sold delicacies over the counter. 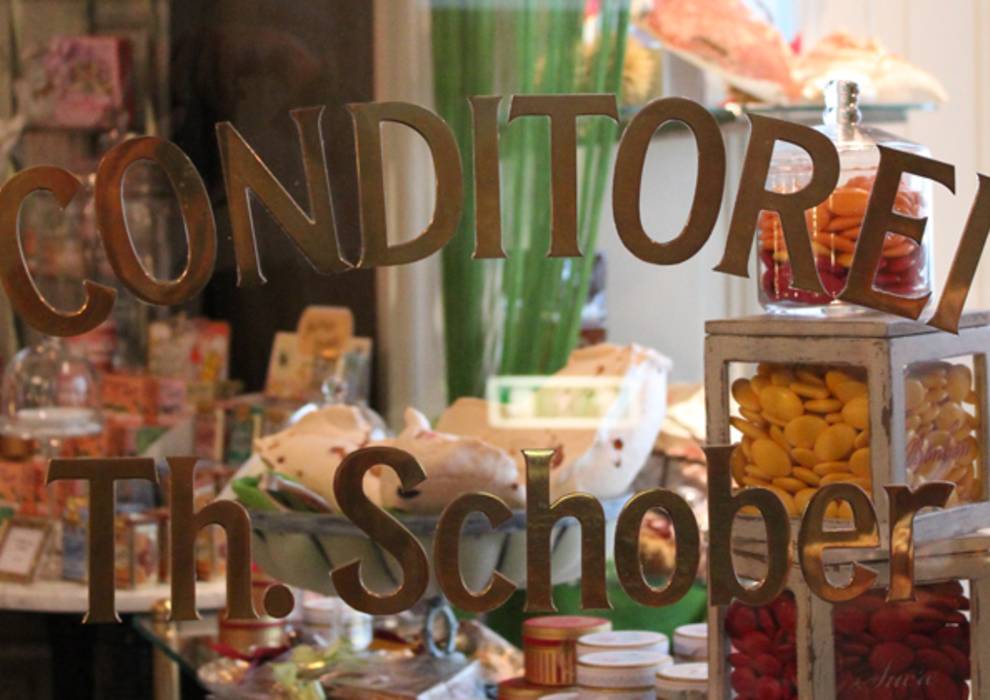 Café Schober in the Niederdorf

On top of the peaks 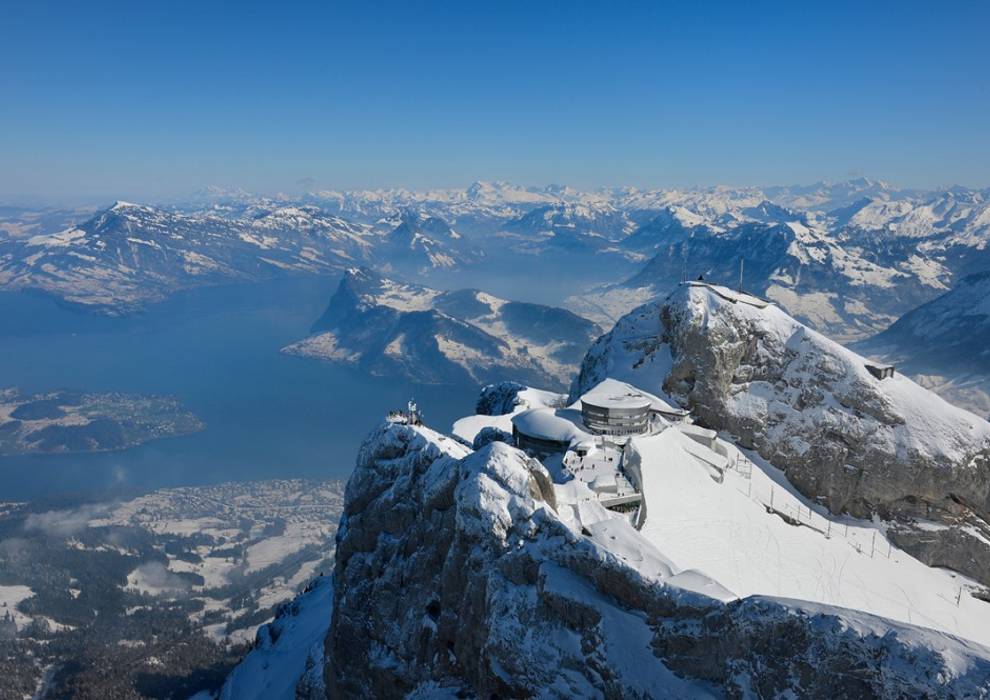 Ended up in Engelberg on our Swiss road trip, checked out a few hotels and this one won! The room was very modern and clean. The bathtub was the highlight! Very relaxing. The staff were beyond friendly and helpful. Would stay here again in a heart beat!

This is a great hotel I stayed in the recently refurbish section. The room was large extremely well appointed very comfortable and had an amazing bathroom suite. The restaurant served a great breakfast and lunch, the service was excellent with friendly and helpful staff. The hotel has great views over the mountains and the village.

Living Room by BT: Daily open from 8 am